African Americans And High Blood Pressure As It Relates To Plasma Renin!

African Americans and high blood pressure diagnosed were noted to die at twice the rate of Anglo-Americans. No one knows for sure why some ethnic groups are more prone to hypertension than others, but hypertension has been noted to be the number one cause of death among Blacks. 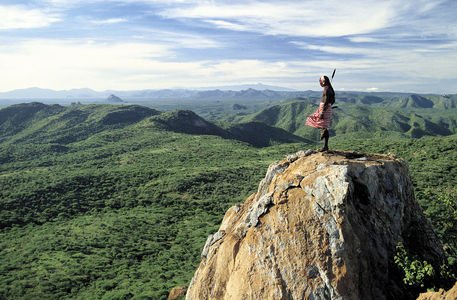 Caribbean and African women communities learn how you can work towards changing these statistics.

Researchers have noted that African Americans diagnosed with high blood pressure have on average lower plasma renin levels. But how did these researchers come to this theory? We have to go back into black history...the slave trade.  More on plasma renin to follow.

One of the researcher's theories states that because conditions were so horrendous during the crossings from Africa on slave ships the death rates were exceptionally high.

Many of the deaths, they say, were caused by salt and water wasting conditions such as dehydration and diarrhea. This is related to low-renin hypertension and gut microbiome - a recent health discovery.

For African Americans this disease is diagnosed at an earlier age and generally produces more serious results at every blood pressure level, with their health risk tripling in all age groups. Leading to a higher death rate than you'll find in any other race.

Researchers stated that a dietary approach is very successful among African Americans with high blood pressure using the guidelines of the Dietary Approach To Stop Hypertension (DASH) diet.

The Genetics Factor Of African Americans 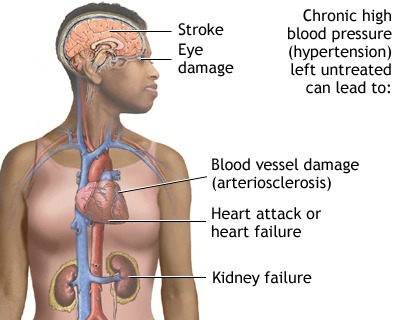 If the slave's DNA was pre-dispose to retaining sodium, then that individual's survival increased. Now that same tendency, to retain sodium, that helped them to survive that crossing, is now working against their descendants who are now predisposed to having high blood pressure because of our modern-day lifestyle.

Though the increase in death rates is also linked to a combination in lack of exercise, unhealthy diet, obesity, psychological and social stressors are also important factors that have increased in African Americans and high blood pressure consequences.

Other high-risk groups include Puerto Ricans, Cubans, and Mexicans that research has shown has had more severe consequences to hypertension because they tend not to take their medications and was also prescribed race based medications that were doctors guiding practice principles.

Join my women of color movement newsletter, its free and you'll also receive an ebook on metabolic syndrome that affects our community.

African Americans are diagnosed at twice the rate of Caucasian. And even with this well-known established fact doctors still have not made the connection of what may also trigger high blood pressure in the black community at such a high degree.

Also do read this Healthy Heart Handbook for Women, that's written and produced by the experts at the National Heart, Lung, and Blood Institute of the National Institutes of Health.

It is a great book that offers a lot of hope to African Americans and high blood pressure reversal.

What Is Plasma Renin?

One of the most important determinants of high blood pressure is the renin-angiotensin-aldosterone system (RAAS) which are the three compounds involved with African Americans and High Blood Pressure biochemical reactions.

Angiotensinogen is a protein that is continuously produced in your liver.

Renin is an enzyme that is released by your kidneys when you are stressful, when you are exercising and also reaction to changes in your diet.

This resulted in increased blood volume and higher blood pressure.

So you see how RAAS is crucial for your health, and remember the diameter of your blood vessels and your blood pressure are constantly changing due to your body's needs, reactions to stress and daily life inter-actions.

Also when RAAS is too active, your blood pressure is consistently elevated, it is estimated that is one of the primary causes of high blood in about the third of all people with hypertension.

To control high blood pressure in difficult cases, you have to figure out what is the cause, and the best way is to measure the renin - a kidney enzyme, and aldosterone - an adrenal gland hormone, in the blood plasma.

The relation between the kidney and adrenal gland is to regulate your body salt and water.  When it goes wrong, it causes high blood pressure, and according to the American Heart Association, hypertension hurts your heart by pushing it to the limits.

To get a good reading of plasma renin, your doctor gives you a dose of diuretic to stimulate the production of renin and aldosterone.

How Your Body And Genes Goes Wrong

If your kidney senses that your body is too dry or that your blood pressure is too low, it puts out renin, the enzyme that activates a precursor to angiotensin I, which is a short chain of amino acids.

Now angiotensin II can raise your blood pressure, because it constricts your arteries. Also, it goes to your outer part of the adrenal gland, the adrenal cortex, and causes your adrenal gland to release aldosterone.

Then aldosterone goes to your kidney and causes salt and water retention, excretion of potassium, magnesium and other ions.

This is the link between African Americans and high blood pressure causes.

The Link Between African Americans And High Blood Pressure

Researchers have found that individuals from Africa, and individuals with African ancestors, are at least ten times more likely to have high blood pressure with low renin levels due to the enlargement of adrenal cortex.

Dietary Treatment In the Reversal Of High Blood Pressure

Reducing your salt consumption, increase your intake of potassium, magnesium, and calcium, while eating as many fruits and vegetables as possible daily.

And last but not the least, stop smoking and become more active.

Other Pages Of Interest Pertaining To African-American: