I am sure you have heard take herbs to lower cholesterol, make dietary changes, exercise and take your medication.  But, it may surprise you to learn that herbs can be taken in a variety of ways, comes in many forms and each has been recognized as a cholesterol fighter.

Being obese, consuming too much saturated fat and having high cholesterol are three of the leading factors that contribute to the progression of atherosclerosis.  This is the process of the fat-like substance that accumulates within the lining of your arteries.

The insidious process of clogging the arteries progresses quietly, and as early as the teenage years, but a blood tests can reveal significant blockage.  So preventive measures should start as early as possible.

One of the most effective anti-cholesterol herbs and one of the easiest to incorporate into your foods that you probably already eat is rosemary. 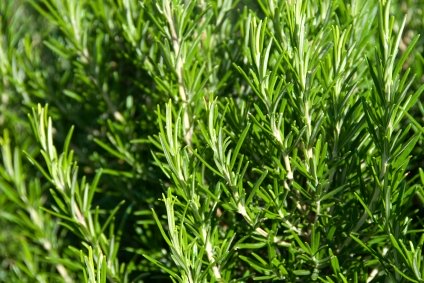 Rosemary can be made into a tea, taken in capsule form, or added to salmon, poultry, potatoes or soups.  Studies have shown rosemary to be effective in increasing bile secretion, which helps remove LDL "bad" cholesterol from your system.  Additionally, rosemary has been connected to improved memory, stress reduction, pain relief and antiseptic properties.

It is easy to sneak a little bit of rosemary into the foods you eat every day, and your heart will benefit. 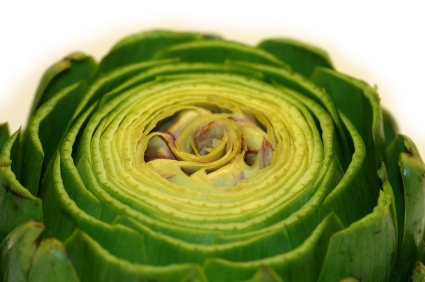 Artichoke
Artichokes are also available widely in the vegetable section of your supermarket, are convenient to take and surprisingly effective.


A recent study found that an 1800 milligram dose of artichoke extract, taken only once daily for six weeks, lowered total cholesterol in test patients by eighteen percent and LDL cholesterol by almost twenty-three percent.

Even better, no negative effects were reported.

Widely known as an all-around wonder herb, ginger can also lower your cholesterol.  The active ingredients in ginger, work by impairing cholesterol absorption while meanwhile stimulating the conversion of cholesterol into bile acids, which are easily removed from your system. 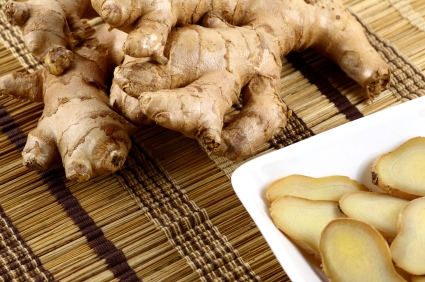 In addition to its cholesterol benefits, ginger can be effective to fight colds and the flu, migraines, heartburn, indigestion, menstrual cramps, morning sickness, motion sickness and even colon and ovarian cancer.

If you are not already incorporating ginger into your diet, start doing so.  It is widely available in capsules, teas, essential oils, and of course as a common spice in Asian cuisines.

While these are the main herbs and spices that have been studied and proven to show cholesterol-improving effects, most herbs in common culinary use have been linked to at least a few health benefits.

Herbs are tasty, healthy, vitamin-packed and versatile.  They can fight and even prevent illness and disease, boost metabolism and memory, and of course fight bad cholesterol.

However, you choose to do it, whether via teas, supplement capsules, or just by adding them to the food you prepare at home, try to find a way to ingest as many herbs to lower cholesterol as you can.