High Blood Pressure And Ibuprofen:
What You Need To Know

In fact, those who are taking a regimen for aspirin are warned not to take ibuprofen because it can offset the benefits of the aspirin.

Aspirin works to thin the blood, which makes the heart's job of pumping the blood through your body easier. It also works as an anti-inflammatory as well as a resource for pain.

However, many doctors are now prescribing a daily low dose of aspirin for those who have cardiovascular risks, including risks for strokes and heart attacks.

The benefits of aspirin are simply not found in ibuprofen.

In fact, doctors warn against taking both of these medications at the same time. The combination can cause stomach pain and can lead to blood clotting, which further leads to an increased risk of stroke and heart attack.

In fact, in one study conducted, there was evidence that those who took both aspirin and ibuprofen had nearly twice the risk of death from any type of cause. Further, they had a 73 percent increased risk of death from heart disease.

What Ibuprofen Do Not Treat 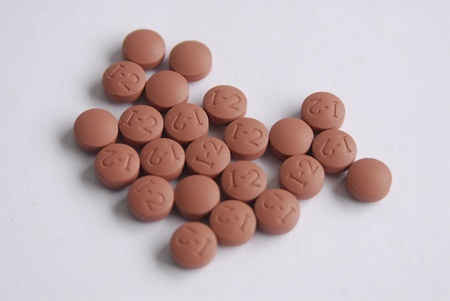 Ibuprofen should not be taken to help treat high blood pressure. If this medication is taken often it has been found to significantly increase systolic blood pressure.

For those already with high blood pressure, these medications can further push your numbers higher, increasing your risks.

One study showed that those who took anti inflammatory such as ibuprofen, at least 22 times per month had an increased risk of having high blood pressure by 86 percent.

Comparatively, those who took acetaminophen were twice as likely to have high blood pressure.

Having High Blood Pressure And Ibuprofen Being Taken - What This Means To You!

If you are a high blood pressure patient, a doctor should carefully weigh the use of any type of over the counter medications. This includes any medication that contains aspirin in it.

So first have a talk with your doctor about the type of pain reliever you should take if you are on an aspirin regimen, too.

High blood pressure and ibuprofen seem to go hand in hand in terms of the increased risks associated with ibuprofen.